Our passports were stamped a few more times this last school break. Reflecting on the experience it hardly seems like our life and none of us would ever have predicted that we’d be traveling like we are. For sure, it can seem like a scary prospect, but things have really been much easier and manageable than we expected. Perhaps the quick guided tour in China last December prepared us for more independence in Thailand.

We arrived in Bangkok after a quick stop in Kuala Lumpur where we had just enough time to visit the facilities but not enough Malaysian Ringgits to purchase anything. I booked accommodations within walking distance of the cultural center, near the Grand Palace and many of the temples (though I don’t think you’re ever too far from a temple anywhere where we were!) As such we were able to walk most places but did grab a taxi a couple of times for longer trips and a tuktuk a few times for shorter trips and the experience.
One day we were heading out for the day with a vague sense of what we wanted to do and where we wanted to go. Stopping on the sidewalk to consult the map, a Thai woman walking nearby came over to offer help. She pointed out where we were, where we should go, set out an itinerary, hailed a tuktuk, described in Thai what we were going to do, negotiated a price for us, then guided us into the vehicle.
It was a whirlwind conversation with little time to think. Next thing you know we’re in a tuktuk zooming through traffic. At first blush it seemed like a great help. We did get to see a few things. Got a private boat tour through Bangkok’s canals with a stop at a temple, then the tuktuk to a travel agent to look into our next flight, and then back to the hotel. Well… that kind of thing apparently happens frequently and it’s part of a larger plan to get you into shops and services to spend. While we didn’t get completely ripped off, we did end up spending more on some travel arrangements than we needed to. Tuktuk drivers seem to get paid a pittance ($1.60 from us for 3 hours of touring) but they get kickbacks from the places you visit. The drivers are always asking how much you spent at each place – we thought because they wanted to know that you got a good deal, but it’s really to know how much of a commission they will get.
So, word of advice – know where you’re going, what you want, and the prices beforehand. Don’t visit the shops unless you want to experience the high pressure sales and the irritation of the merchant you’re turning down, or the knowledge that you paid more than you needed to if you do purchase. Once we figured out those arrangements things were much easier. Just take me where I want to go – no other stops.
We marveled at the wires everywhere too – crazy to see the poles loaded with hundreds of wires, some working, some clipped and looped. One cab driver explained that it’s just too much trouble to find out which ones work and which don’t so they just keep adding fresh lines.
We visited many temples, each with its’ own character and emphasis on an element of Buddhism to present. They are very ornate places inside and out and the attention to detail in sculptures, gates, pillars, roof lines etc. is amazing. Some sites had very old remains of temples build many hundreds of years ago alongside more modern structures. Everywhere you look are the distinctive lamyong ornamental on the roof peak ends. Reminded us of the clay figures on the ridges protruding from the roof corners in China. 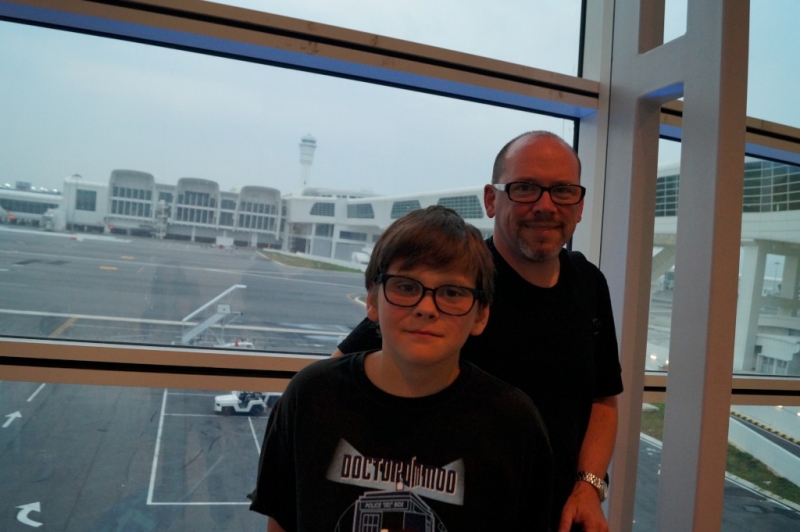 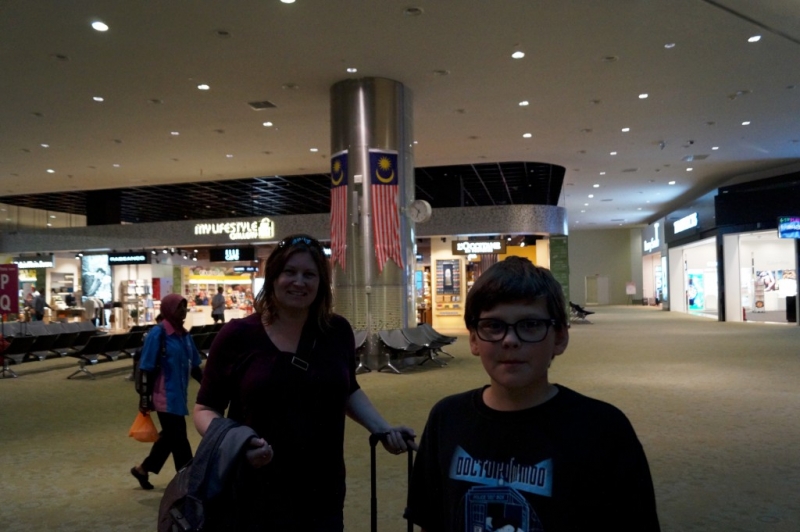 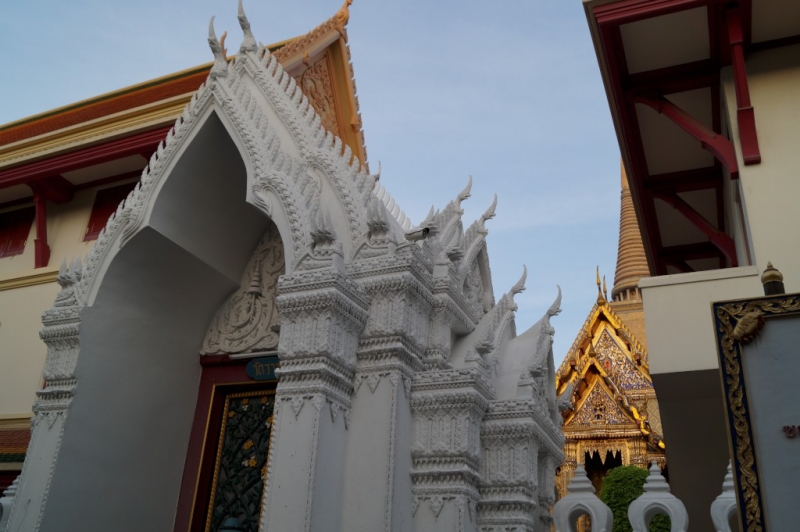 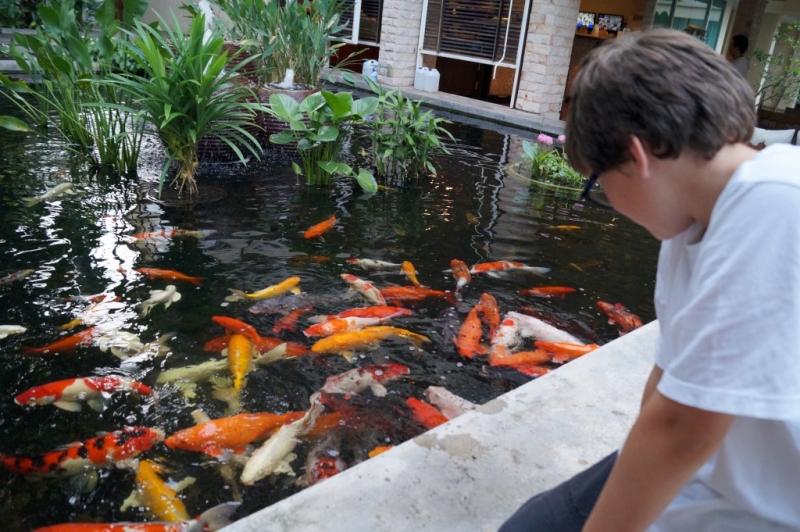 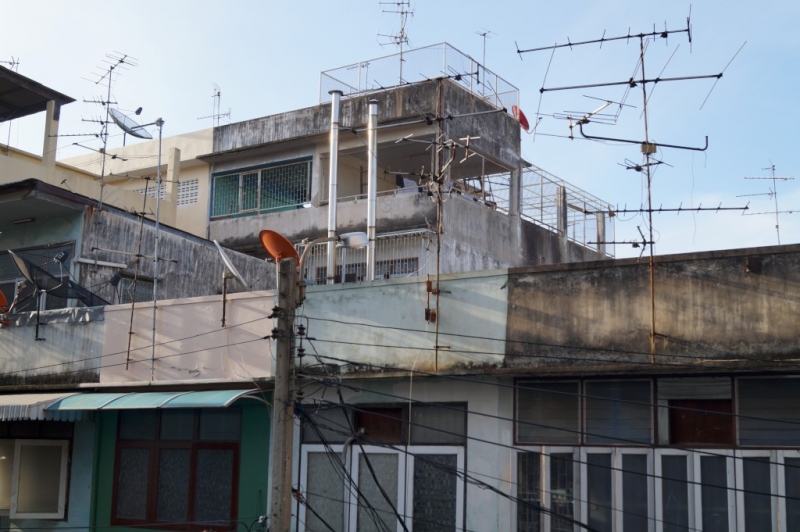 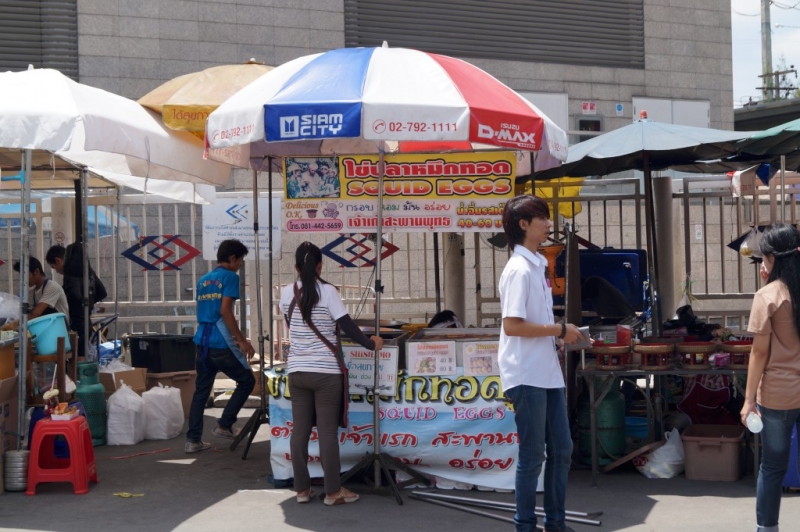 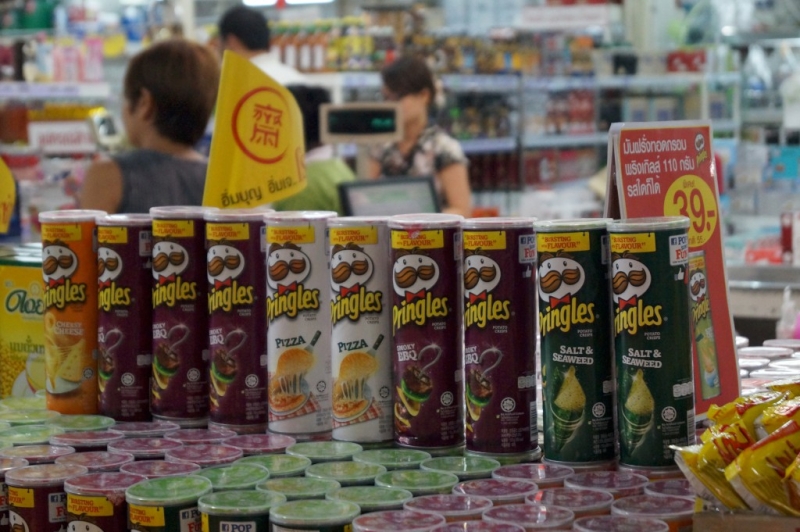 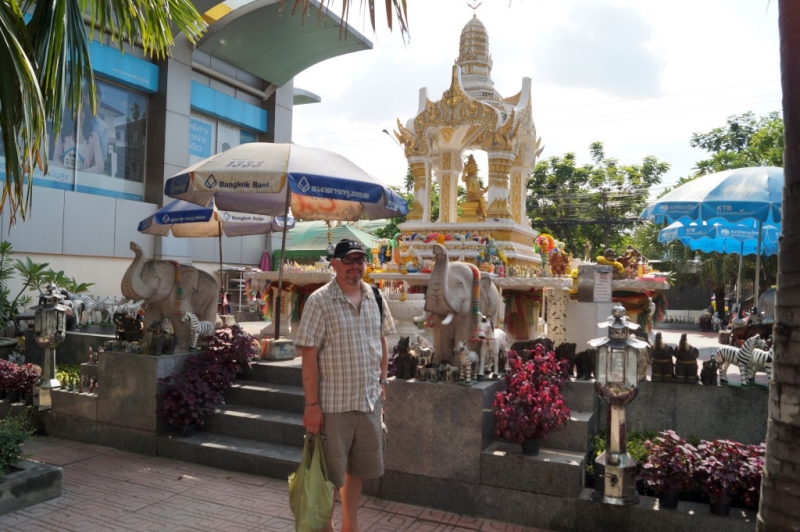 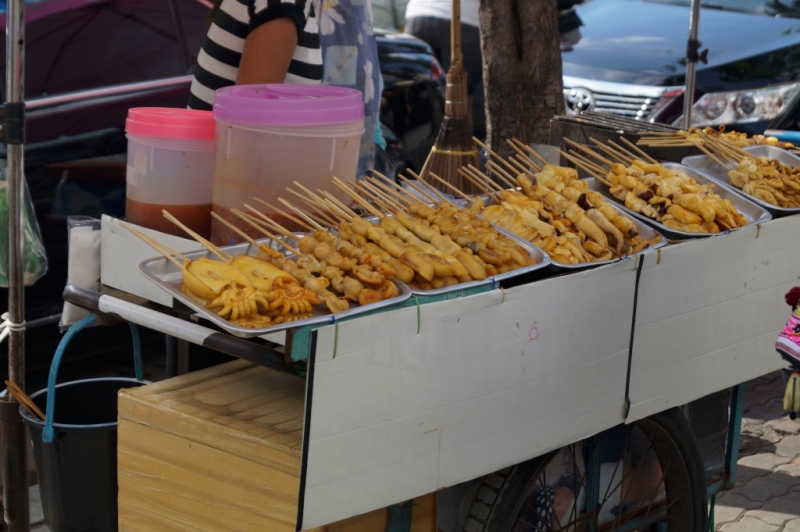 Posted under On Exchange
Comments (1)

One Response to School Holiday in Bangkok, Thailand